Sorry fellow readers I have been slacking! This whole chasing your dreams thing is demanding! I Have not really found stuff to actually write about. Then it hit me!

So I write everything. It will be like a Disney movie ( tons of stuff going on with a deep seeded message that you have to decipher for yourself) and no I am not talking about the subliminal ones put in my the artist.

Moving on!
So Recently a friend posted a comment about a Spinach Smoothie. To which in turn I responded with “Green Bucket Of Yuck!” she swung back the proverbial “don’t knock it till you try it.” So in order to change my way of thought i took said challenge. Whether it was male ego or a superfluous attempt to engage in an experimental process it doesn’t matter much because here is the story! 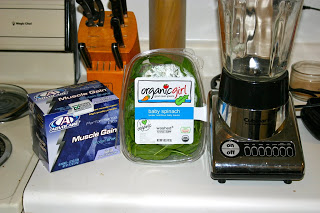 The Cast:
Delicious vanilla muscle gain protein powder, Not so Delicious spinach (Popeye actually Hated spinach) ( the only reason he ate it was because it gave him freakishly super human strength) (  Also it doesn’t do that in real life) ( damn)…. And the trusty ole blender!! with a food processor attachment! Shanna didn’t want this one she said it had too many attachments… I use it all the time! 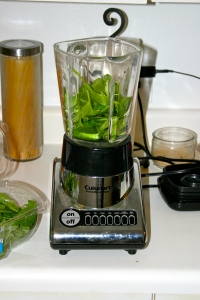 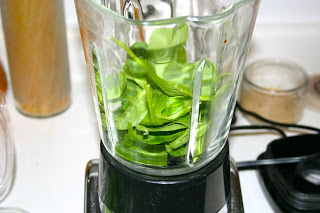 So I guessed on the amount ,,, not too much not too little! 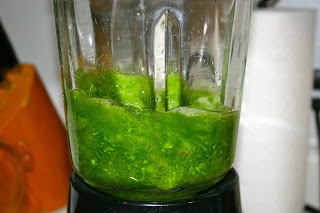 HAS ANY ONE SEEN MY LITTLE PET FROG!! AHHHH AHHHH! i couldn’t resit 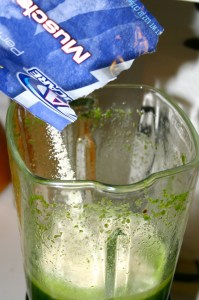 Adding in the best human nutrition in the world action shot… Impressive I know! you can hire me for your next big event! 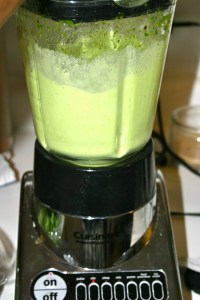 Looks like a mint shake from McDeath.. Ahhem McDonalds… 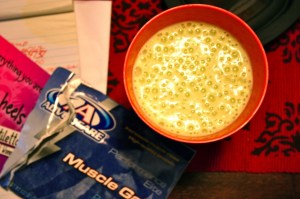 Okay… So the verdict is… SHAME. you really cannot taste any spinach… and i was so hoping that it was slightly more interesting.
Any one want to throw another weird but tasty meal at me?
Well don’t throw it at me, merely suggest it!